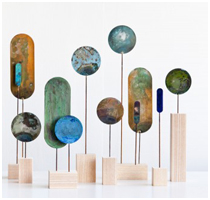 When it comes to Nordic design, Norway is probably not the first thing that comes to mind. Over the last 10 years, the largest contingent we’ve seen is probably from 100% Norway at the London Design Festival; however, in Milan this year the Norwegian Presence exhibition was also significant.

During last month’s Collective Design Fair in New York, Fuglen – a well-known space with its origins in Oslo that is a coffee bar, cocktail bar and showroom for mainly Norwegian mid century design – exhibited a series of iconic pieces and other objects by Norwegian designers.

For myself, one of the most interesting pieces is an experimental project called Pat.vol 1 by KNEIP. The studio, founded by Jørgen Platou Willumsen and Stian Korntved Ruud, used different techniques to explore changes in surfaces and colors to steel with oxidiation, resulting in this series of sculptures. 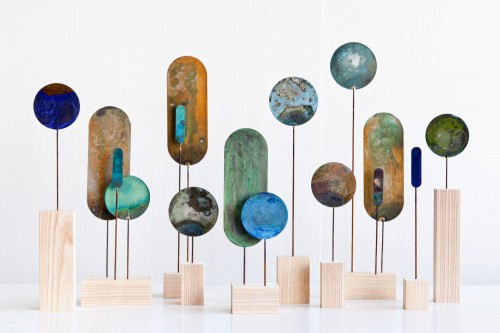 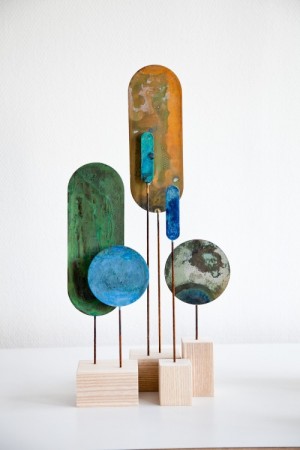 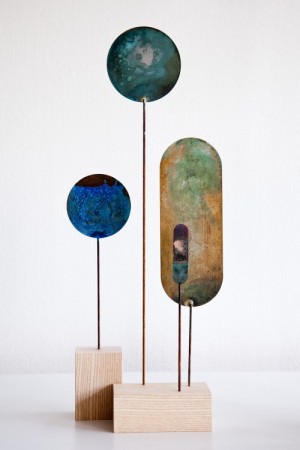