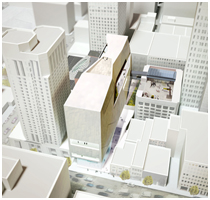 The San Francisco Museum of Modern Art (SFMOMA) announced preliminary plans for expansion that will double the museum’s exhibition and education space, with an expected completion date of 2016. The over 225,000 square-foot expansion is developed by architectural firm Snøhetta in collaboration with SFMOMA and EHDD of San Francisco, taking the expansion from the backside of the building out to Howard and Minna streets.

From the SFMOMA press release:

On its east side, the building will feature a sweeping façade and an entrance in an area that is currently hidden from public view and largely unused. This will be achieved through the creation of a mid-block, open-air, 18-foot-wide pedestrian promenade running from Howard Street through to Natoma Street that will open a new route of public circulation through the neighborhood and bring Natoma Street, currently a dead end, to life. The public promenade will feature a series of stairs and landings terracing up to an entry court that extends from the new east entrance, providing additional public spaces.

The building also introduces a façade on Howard Street that will feature a large, street-level gallery enclosed in glass on three sides, providing views of both the art in the galleries and the new public spaces. At this time, the museum is also exploring the creation of a number of outdoor terraces, including one on top of its current building. The Snøhetta building will rise fifty feet higher than the Botta building, and its roofline will be sculpted to frame the skyline of the buildings beyond it to the east when viewed from Yerba Buena Gardens. The new entrance will be accessible from both Howard and Natoma streets and will align with the new Transbay Transit Center being built two blocks east of the museum. This entry will complement SFMOMA’s current Third Street entrance, which will be revitalized to enhance visitor flow and access.

On Howard Street, the glass-enclosed gallery and pedestrian promenade will be located on a site currently occupied by Fire House 1 and its neighbor at 670 Howard Street. SFMOMA is designing, financing, and constructing a new, replacement fire station on nearby Folsom Street, representing a gift to the city of more than $10 million, that will provide the Fire Department with a state-of-the-art facility that will enhance emergency response time.

The planning of the expansion continues as an intensive collaborative process of museum leadership, trustees, visitors, other stakeholders, and the design team. The design of the interior spaces and integration of the two buildings will be unveiled at the end of this year. 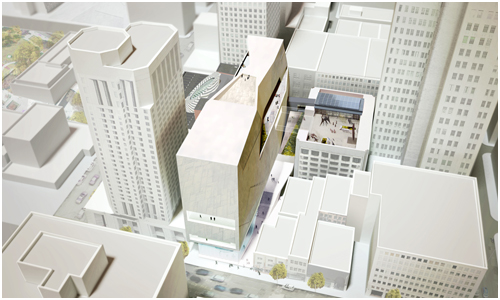 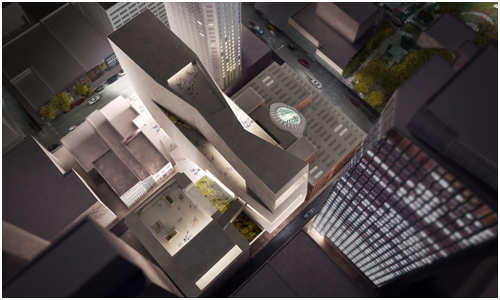 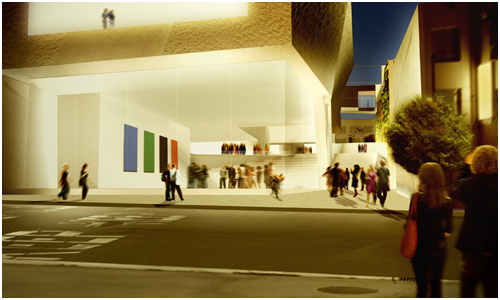 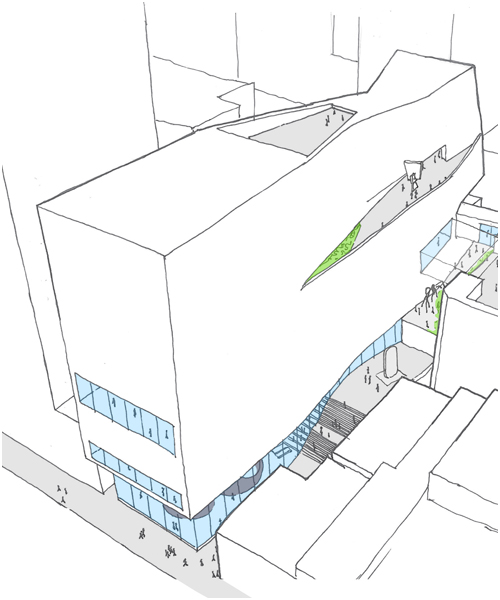 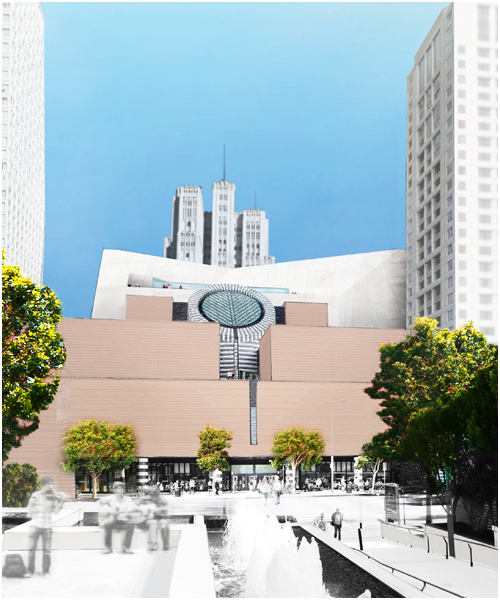