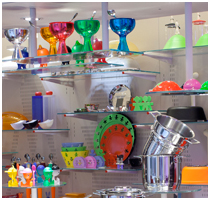 Inside the Alessi Flagship Store in Milan 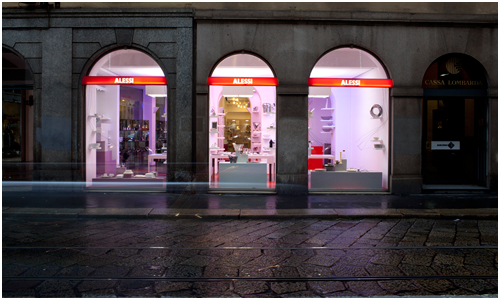 The Alessi flagship store on Via Manzoni 14-16 in Milan, just a short stroll from the designer shops on Via Montenapoleone, is an experience that is designed by Catalan “ex-designer” Martí Guixé. Guixé has a long working relationship with Alessi on various projects, and this store design is the second after the Shop Museum in Paris in 2008. 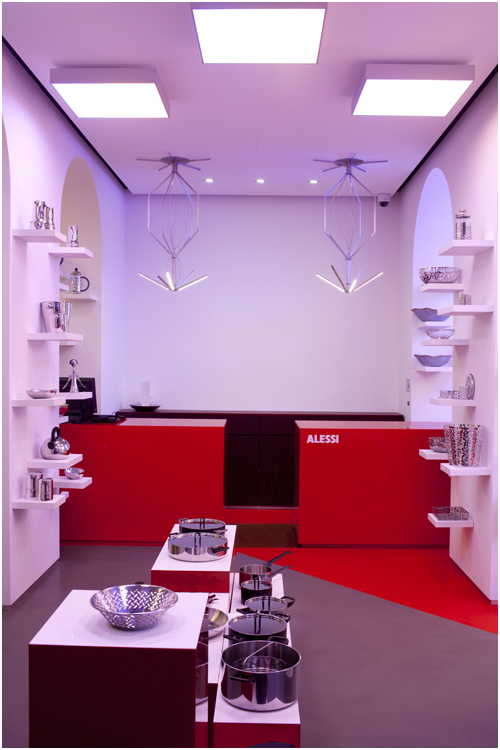 The Milan store is actually divided into different sections:

The Set is a space where a specific featured product is showcased, which is near the entrance. The Museum is where many of Alessi’s well-known products are displayed on white shelves all around. Then there’s The Shop, with many of the smaller pieces of Alessi designs. Lastly, there is The Cabinet, which is a small triangular-shaped room behind the walls of The Shop, with objects behind glass cases.

The fun element is the “misuse” concept that is reflected throughout the store. If you look closely at some of the Alessi logos, they may actually be upside-down. Or look up at the mix of lighting on the ceiling, or the exposed wires – this is all intentional, and part of the fun presented by Guixé. 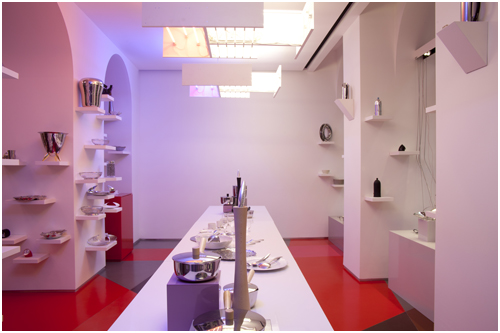 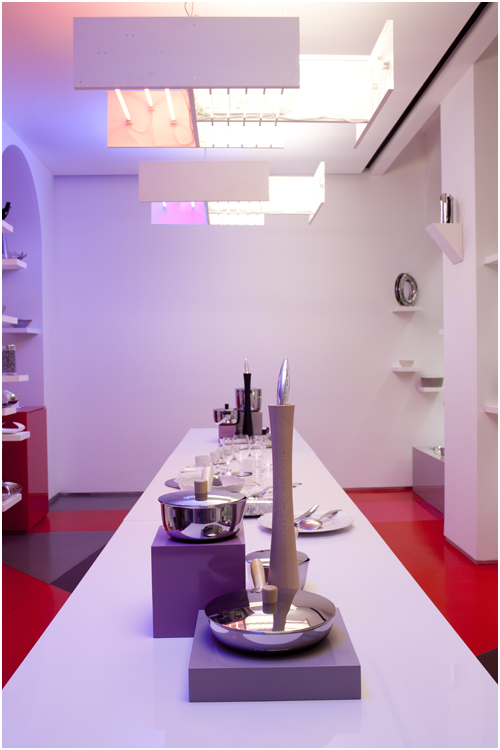 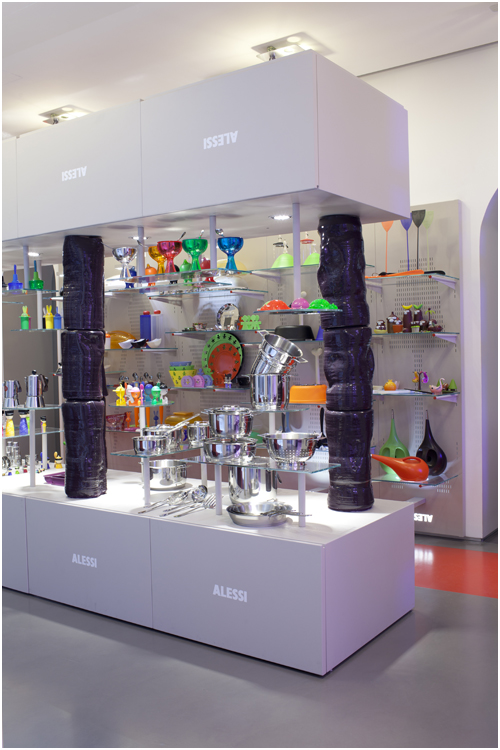 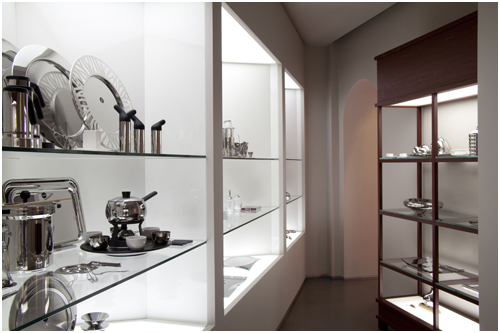