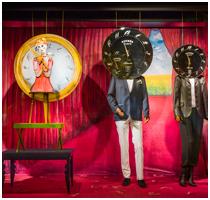 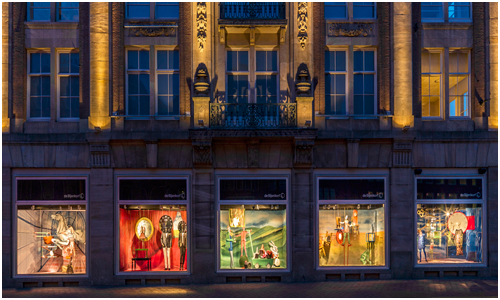 Our next storefront feature is the Hermès installation done in March at the Bijenkorf store in Amsterdam by Dutch designer Kiki van Eijk. As Hermès introduces a theme each year – with “the gift of time” as this year’s theme – Kiki designed five window displays that told the stories.

“Time is even more precious now than before. It’s the biggest jewel you can have. Why not juggle with time? And show the different aspects of it! It’s just how you look at it and it’s all about your perception of time. In those 5 windows I’m showing 5 different ways of how you could look at time. In a very playful way, inspired on the philosophy and history of Hermès. It really shows the joy of a child playing with a lot of fantasy, like Alice in wonderland.”

Playfield of Time
A knife pitcher is throwing clock hands at a huge clock. At the same time 3 moons are showing the time: London, Paris and New York. Each person is doing a different trick! 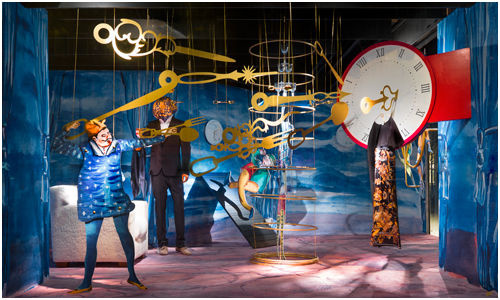 Balance Your Time
A dandy walking on stilts is balancing the time with on his one foot a carriage wheel with clock and in his other hand a chair with cuckoo clock. 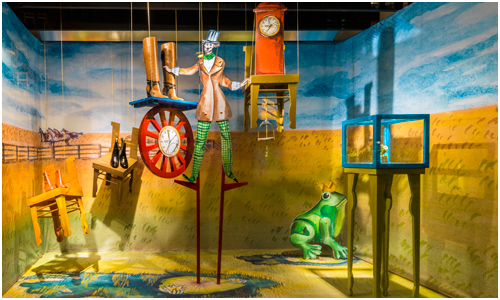 Juggle with Time
A dandy is juggling with a high head and scarfs, sometimes showing the time, sometimes not…while a rabbit is moving away from the scenery with a clock in his hand. 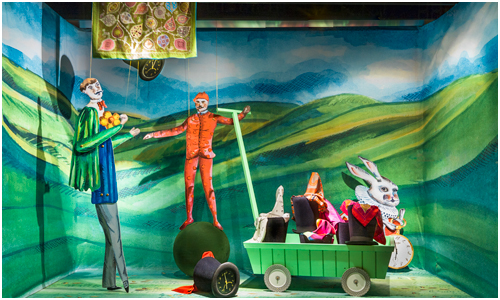 Human Centre of Time
A woman is the middle of time; she’s pointing at the time with an umbrella with twirl stick in her arms. She has 2 assistants dressed in Hermès clothing wearing a mirrored clock instead of a human’s face. 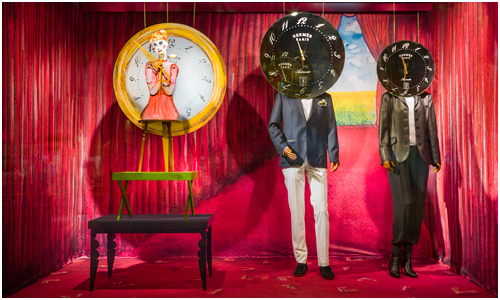 Mirror and Play with Time
An acrobat girl hanging from the back of a horse jumping over horizontal bars as seen in concourse hip pique. She’s holding a mirror in which time, that works backwards, is reflected. 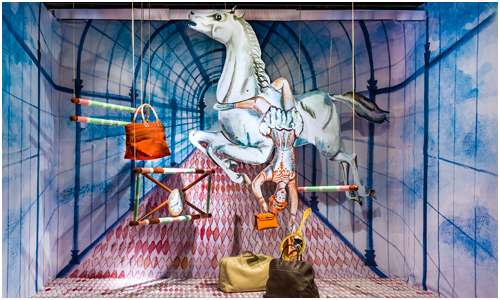 Check out the additional images on our Facebook page.